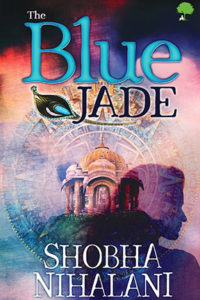 From Hong Kong to India, a savvy art curator is chased by a deadly ring of smugglers for a highly prized relic. A terrific roller-coaster of a thriller that also takes us into the world of Princess Mirabai, a must read!!- Sidharth Jain, Chief Storyteller, The Story Ink

Intertwining history and mystery, The Blue Jade is a captivating story about historical artifacts falling into the wrong hands. Neelam, starting her career as an art curator, discovers a precious relic hidden inside a statue of Mirabai, the legendary Rajasthani princess-saint. The relic turns out to be the most sought-after blue jade pendant, long thought lost.

Neelam must complete her family’s unfinished mission of returning the jade safely to the Indian monument where it belongs. But this is no simple task – Neelam must outrun a deadly ring of smugglers who are after the prized blue jade. As she travels through India, she trails the fabled journey of Mirabai, in a mystical link of history and present day.

The Blue Jade is a thrilling adventure in the murky world of black-market art set against the historical backdrop of the legendary princess-saint Mirabai.
reviews

DADA VASWANI : A Life in Spirituality

In these modern times, spirituality is a guiding light, an anchor to hold onto amid the mounting challenges and difficulties of the age.

IN THE BACKDROP OF A FRENETIC WORLD, Rev. Dada J.P. Vaswani is a soothing presence who radiates love like a powerful beacon, effecting change in anyone who comes within his sphere. A mystic philosopher, he is a saint to some people, but to countless others he is simply Dada.

Dada Vaswani : A Life in Spirituality offers an unusual viewpoint – a nonbeliever’s perspective, it takes a fresh look at spirituality. The author creates a mischievous being Dada as he follows his own convictions with implicit courage and faith.

Known for her adventure and thriller novels, Shobha Nihalini says that meeting Dada J, as she calls him, was a turning point in her journey as an author. His open heart and inner strength inspired her to grow spiritually and take on the immense task of penning the story of his life. Through this book, we are welcomed intio Dada Vaswani’s life to witness his selfless service and dedicated missionto build love, forgiveness and unity. 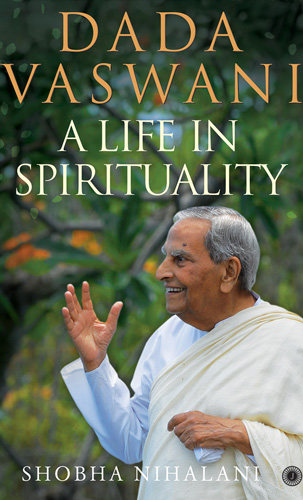 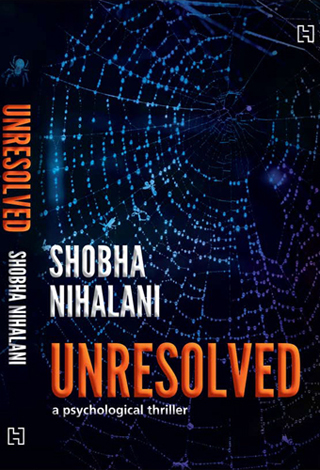 Maya is content living the life of a newly-wed, but there is something about Deepak, her police-officer husband, that makes her restless. The hushed phone calls, the nervy tension he brings to their home, the sudden bouts of violence – everything tells her that Deepak is hiding something. When she accidentally overhears a conversation that involves a murder, Maya begins to suspect Deepak isn’t who he says he is.

But with a history of mental breakdown, who will believe her fears? And, more than, can she trust her instincts, or is this her paranoia getting the better of her?

A tense, engrossing thriller that ventures into the dark corners of the human mind, UNRESOLVED is about the deep secrets relationships are sometimes founded on and a marriage gone terribly wrong.

NINE: Rise of the Kalingan

NONE CAN CHANGE THE PAST, BUT THE FUTURE IS ANYBODY’S GAME . . .

271 BC : On the one side is the Mauryan Empire under Ashoka, growing from strength to strength. On the other end is the highly trained spy, Vassa, a Kalingan. Ashoka and his army are moving towards Kalinga and it is predicted that nothing can stop it from annihilating the Kalingans.

THE BATTLE FOR SURVIVAL HAS JUST BEGUN!

Vassa needs to move quickly if he wants to change the destiny of his people. His mission is to hit at the very source of this powerful kingdom – the virtually indestructible, NINE.

Can he go beyond all that is mortal and achieve the impossible? Gripping and unrelenting, NINE; The Rise of the Kalingan will hold you spell bound. 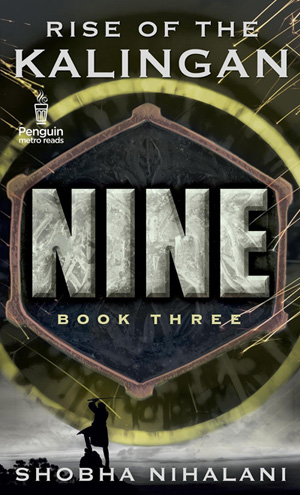 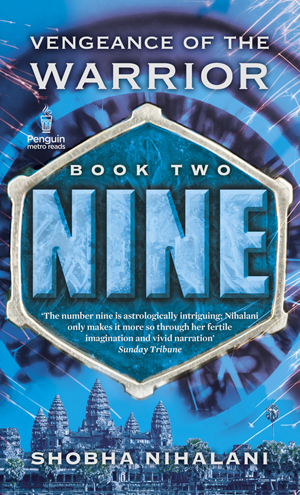 NINE: Vengeance of the Warrior

All future is defined by the past. And therefore, the end is only the beginning… After burying the vicious Kalingan warrior, Akash, Tara and Zubin are continuing their lives as before, hiding the fact that they are a part of King Ashoka’s exalted NINE; hiding even, that each of them has powers that are to be used for the benefit of mankind, when needed. Except, things are not as quiet as they seem to be! The Kalingan warrior has risen once again—angrier and more vengeful. And this time he knows each one of them. If they don’t destroy him now, they will be hunted down and the world will be battling its worst, most terrifying chemical warfare yet. This second book in the NINE trilogy will change the way you look at time and space.
Buy on Amazon

NINE: Curse of the Kalingan

261 BC: After his bloody battle with Kalinga, the Mauryan emperor Ashoka, overcome with remorse, swore never to wage another war. And to make sure no one else did. His Navratnas—the Nine—zealously guarded their powers and knowledge, handing them down through millennia and generations to ensure lasting peace.

EXCEPT THAT IT WAS NOT TO

BE! From the corpses of the Kalingan warriors rose an angry spirit bent upon avenging the Kalinga empire, destroying the Nine and using their hidden knowledge to rule the world and change its destiny.

The bloodthirsty warrior has possessed the body of a young man, making him hunt down and kill the Nine one by one. It is now up to the chosen Trinity—nurse Tara, DJ Akash and forensic expert Zubin—to stop him. This first book in a trilogy of fantasy thrillers churns up an astonishing tale from the depths of ancient times! 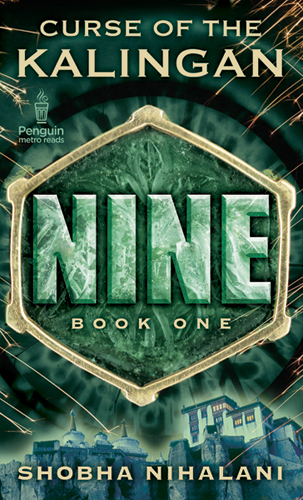 Published by TARA Press, The Silent Monument is a mystery thriller. In a sealed chamber of Taj Mahal, one of the seven wonders of the world, a five-hundred-year old secret is discovered by an investigative reporter.

Manzil Saxena’s life is about to change dramatically. Her husband, a reporter, is found dead, leaving her an ancient scroll that will turn her from housewife to hunted. The scroll reveals a historical anomaly hidden for centuries, a secret that could cause violent chaos amongst the extreme religious sects in India.A secret that could fuel the tension between Hindus and Muslims, and split a nation.Torn by the decision she has to make, reveal the truth or not, Manzil faces a struggle for survival, as the hunt for the scroll commences.

Mahesh Bhakti, crazed archaeologist and the mole in the Indian Institute of Archaeology.

Bad-tempered Anwar, hired killer with murder on his mind.

Kanyadevi, famous Bharat Natyam dancer with a haunting past, and member of the non-governmental organization Onyx, dedicated to averting religious violence.

Yadav, the police inspector investigating the death of the reporter, discovers a deeper mystery.

Deva, the leader of a Hindu fundamentalist group, wants the world to know the truth.

A GIFT FROM ABOVE

In this unique blend of memoir and journey, a Hong Kong-based couple, Harini and Haresh, share their struggle during the pre-adoption fostering phase in a small town in India. The prospective parents applied first to the Hong Kong branch of the International Social Service. Their application was then sent to CARA, a centralised Indian adoption authority. The adoptive parents were allocated a child from an orphanage in Bihar. But delays in the legal process resulted in the parents travelling all the way to Bhagalpur, Bihar, to face the local courts. This book tells the emotional experiences from both parents’ perspective, and the challenges they faced to adopt a baby from India. Delays and unnecessary discrimination led Harini to write a heart-felt letter to Mrs. Menaka Gandhi, who was the Minister of the Ministry of Women and Child Development. She was proactive in expediting the adoption process. Still, it took them two years (2015 – 2017) of labour pains to finally become parents, and to bring their child to Hong Kong. “A most touching story of determination and perseverance against all odds to complete one’s family. Unconditional love across borders.” – Iris Liu, Director of Programme, International Social Service Hong Kong Branch. 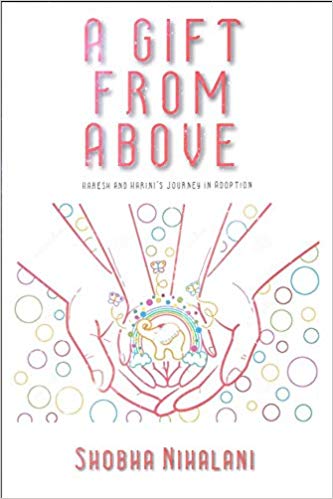 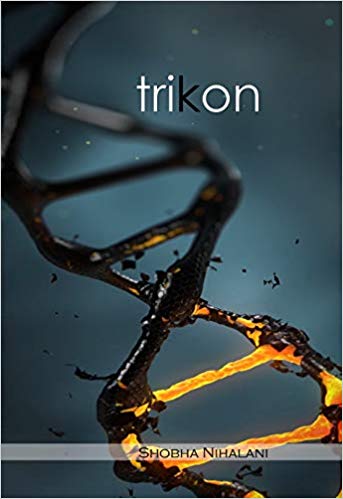 Kimaaya works in a New Age Shop. Her life unravels when she becomes a volunteer for a drug trial that turns out to be more sinister than it appears… Many mysterious deaths have been covered up, but are rumoured to be linked to illegal drug tests. At great personal risk, Kimaaya sets out to expose the dark and dangerous side of a genius psychopath out to control human minds. 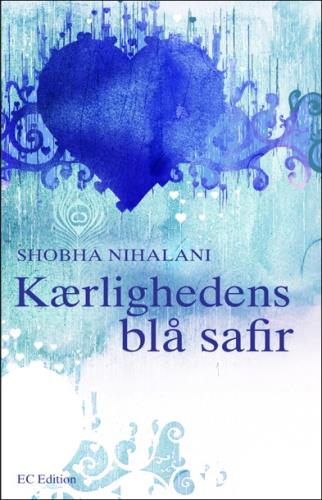 Karmic Blues, Nihalani’s debut novel was translated in Danish and published in Denmark By EC-Edition in 2008. Set in Hong Kong and India, the concept of paranormal love is sensitively portrayed.

The novels main character, Neelam Sippy, is a young woman living in India. After an arranged marriage she finds that her husband is not the right man for her. She belongs to her first love – a lawyer turned ascetic – who she believes is from a past life. Haunted by recurrent dreams of palaces, deserts, princesses and feelings of unrequited love, Neelam visits a regression therapist to learn more about her past.She discovers that she is Mirabai, a sixteenth century Indian Rajput princess who was enamoured with Krishna. Mirabai left her position of royalty to become a wanderer and dwell on her love. Neelam secretly leaves her husband and family in search of her love.

From Mumbai, she travels north towards Gujarat and then to the hot, dusty state of Rajasthan, the place of her dreams, and finally towards the banks of the Yamuna River. Hong Kong-born Neelam will discover that a journey for love can be a dangerous, mysterious and even miraculous adventure of all.

During her quest, she meets a young orphan boy who becomes her guide, a spiritual philosopher who has more than religion on his mind, and a Delhi-based reporter who develops a bond with Neelam.

The suspenseful story intertwines the modern with the ancient concept of love. Click Here

The Danish translation of The Silent Monument was released in September 201. Det Tavse Monument

(Translated from EC-Edition website) Thrillers – with historical-religious elements from Indian Shobha Nihalani, author of “Love’s blue sapphire.” Saxena Manzil life changes dramatically when her husband, a journalist is killed, leaving her an antique object which is the reason why she is being chased by criminals.

The object reveals a secret that has been preserved through the centuries, and which may result in a violent chaos between extreme religious groups in India. A secret that could ignite tensions between Hindus and Muslims and divide a nation.

Saxena Manzil is an exciting and her built heroine and merchants female figure that exceeds the usual stereotypes of Indian women, since she is a very modern woman and yet much influenced by its culture and religion. She joins forces with her late husband’s colleague and investigating the murder of her husband.
Reviews